While figuring out a cure for hearing loss would be life changing for the more than 48 million Americans currently experiencing this condition, new research out of Massachusetts reminds us the importance of not putting the cart before the horse. Sometimes preliminary research needs to be conducted in order to point other researchers in the right direction for what to study next. This lesson comes curtesy of biomarkers.

What Is a Biomarker? 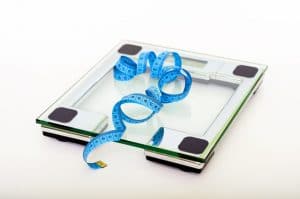 A biological marker, known simply as a biomarker, is the measure of what is happening within a cell or organism at any given moment. Biomarkers can be obtained through simple measurements such as blood pressure or body weight; they can also be obtained from urine, tissue or blood tests.

Biomarkers can also help show the relationship between environmental exposure, human biology and disease. According to the National Institute of Environmental Health Sciences, biomarkers are commonly used to measure:

A well-known example is high cholesterol levels being used as a biomarker for heart disease risk. Researchers were able to make this connection, and now millions of people have the opportunity to make lifestyle changes, such as walking around Alum Park or taking medication in order to prevent a heart attack or stroke.

The study published in the April 2020 issue of eLife revealed two new biomarkers of brain function that may help explain poor multi-talker speech perception in those who pass an audiogram. This information can help researchers develop new clinical tests for hidden hearing disorders.

The researchers review data from more than 100,000 patients’ records and found that one in every ten individuals seeking help for their hearing loss produced a normal audiogram.

They then had 23 patients, including young and middle-aged adults with clinically normal hearing, participate in two tests. The first test measured electrical signals from the surface of the ear canal in order to see how the brain was encoding the fluctuations in soundwaves during the earliest stage of sound processing. The second test requires participants to wear specialized glasses in order to measure changes in their pupils when listening to a speaker over background noise.

The researchers found that they could identify which participants in their study struggled to follow speech in noise and which had no problem understanding.

To learn more about hidden hearing disorders or to schedule an appointment with an audiologist, contact Tinnitus & Hearing Experts today.